Welcome to a very special Patch,

that wouldn't have been possible without the help of our community.

We have worked hard to maintain the best quality for our server and our community! This patch is build on very detailed analytics of Perfect World MMORPG. We are very excited about your reaction, regards the new changes, features and few fixes, which will be precisely previewed and explained below.

TW Season II
After many PVP marked Months and lot of guilds engaging in TW, as well as due to the recent situation, we have decided, that it would be the best to launch our Territory War Season II earlier than expected. 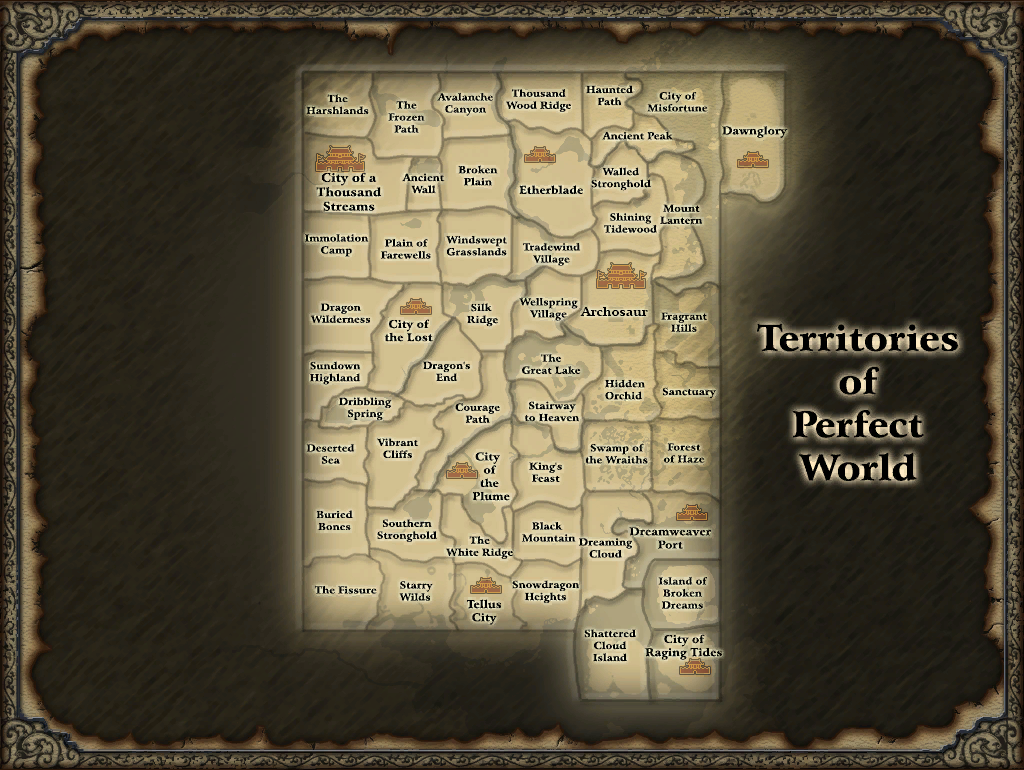 Territory War Season II, should be a great opportunity for New Players and New Guilds to start on our Server. It will also encourage old Guilds to fight for more lands and overall stimulate the competitive spectrum of Perfect World Interational.

If you are a new player, reading the patch Notes, and you are yet unsure whether you should give our server a try, we would highly recommend to check out the following Page:

https://evolvedpw.com/database/article/ ... ing-guilds
The Bonus should encourage you, to move your Guild or Friends to our server for the most reliable, stable and user friendly, as well as newcomer friendly environment!

Please feel free to share the Bonus for New Guilds link to all Guilds you think might be interested in engaging the new Territory War Season and being one of many Guilds to start the race for the entire Map, this is YOUR CHANCE!

As many requested and pointed out, that Trials were rarely done, due to outdated Rewards. Therefor, we have decided to re-vamp the Trials completely. You may still farm in all 9 Trials the following Items, which will remain:
Aside of the Rewards listed above, which are known by everyone so far. We have changed the Rewarding and attempted to perfectly combine the already existing Rank 8 Recast rewarding system with the recently introduced Rank 8 Recast 2 Gear! This means, that Trials can be utterly and completely used in order to farm R8RR (2nd Cast) Items.


What's New?
You may now Re-roll your R8RR gear inside the Faction base, access the New Forge: Dustfall: Alteration 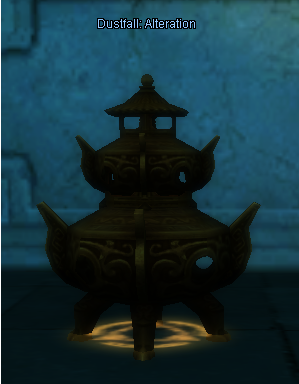 You will notice, that the forge is not like the official one, and will require a special item. This item is called: 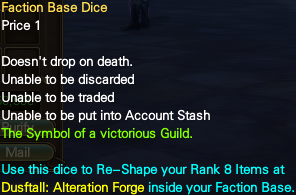 This new item will allow you exactly 1 re-roll of an item of your choice!


Check out the following table for rewarding patterns in all Trials:

Total Rewards:
54x Faction Base Dice's (Which will allow you to re-roll your items 54 times, or 18 items if you finished the Trials only once)

In addition to the Changes of Faction Base Trials and after a consultation with our community on Discord, we have decided the following:

We have added R8RR Boxes to Cubi Shop and Event Shop: We have discussed lately with many New players, what kind of issues they usually encounter, when joining or server. We have talked to fairly New players, as well as people that were completely new to the Game.

The conclusion:
Our server had a "hole" in the progression process. Players would obtain their gear, paired with the Questing progression from Lv.10 to Lvl.45 (Royal Items). This is where the rewarding and learning curve has usually stopped. Quicksand Maze was rarely done and very difficult, and TT (Lv.99) Items were un-reachable with the certain Progression curve.

So we decided to simply re-build a few classic Dungeons, breathing life into the good old Dungeon Raids, that will hopefully revive the nostalgia in all of us:

Result:
This will allow our players to break the chains and proceed their grind beyond Lv.40 and Royal gear. Reaching at last Lv.80 Gear, which will be in combination with Evolved Stones (+115 HP) a perfect Base to Farm: 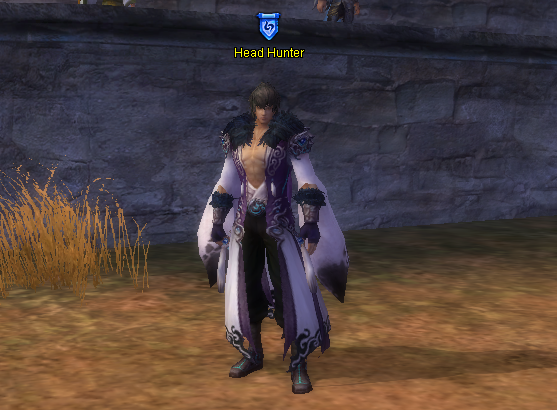 We all know him, we all love him, and he seems to be one of the few things PW International has done right. So why wouldn't we step in and try to do it better?

Thanks to many requests and suggestions, mostly on our Forum. We have Re-vamped the the Quest:

Kill your prey, Skeleton Legion Marshal, and then report to Head Hunter to get the reward. It can be found in the 2nd wave of LV85+ monsters in Valley of Reciprocity.

Bounty Hunter Quests are currently being analyzed, and might get even more features in Event Gold, so stay tuned.

Celestial Tiger Event
Celestial Tiger is the only Server | Global Event, that Perfect World currently has. We have analyzed the Event from all sides, up and down, left and right and decided, that it simply has to be changed and re-vamped.

These rewards are for the first 6 players of each class.

All 4 Quests have different Stages and will require completing different task, which are ONLY available during the Celestial Tiger Event:

Pick 1 out of 6 Unique: Mounts

Pick 1 out of 3 Unique: Wing Fashion

Pick 1 out of 4 Unique: Aura Fashion

The Alpha, Delta, Bravo and Charlie Quests are Chain Quests, and will automatically continue when being completed

Note: All restrictions regard the Celestial Tiger Event remain intact. Restrictions like losing the Tiger Directive Quest when attempting to move from the World map and such, will still affect everyone in order to prevent exploits or bugs

After a long investigation, attempting to make the experience on our server a lot more enjoyable, we have stumbled over a fascinating discovery.

Perfect World International, has apparently in the very next Subversion (v1.5.6) reduced the difficulty by a significant amount. We have discovered that the following dungeons are involved:

These Dungeons caught our attention, as the Bosses and Mobs usually were completely off in terms of Damage, Health, Defenses, Accuracy or all together. A lot of Bosses and Mobs were, compared to the Retail stats, by 10x or 20x times stronger, tankier or overall more difficult than they are supposed to be!

We have spent a lot of time comparing all possible Bosses and Mobs, as well as their current and retail stats.

This allowed us to Update the Classic Dungeons to the Latest Version! Which will in combination with the earlier mentioned changes in Item Progression enable a completely New and newcomer friendly environment.

Seemingly minor, we believe that this change in particular will alone increase the quality of Life completely and encourage New players to follow a very rewarding and fun lurning curve, as well as stable and most importantly fair Item progression.

Soldier's Pay:
A lot of people enjoyed the fact, that Territory Resource War was given a good tribute in form o Soldier's Pay. This reward will remain in a different form, and will be even repeatable, with an actually challenging approach in form of:

We have added a new Item to the Reward of both Quests located in Molten Mines, which will now reward you aside of the usual items (Tome, Title related) also Soldier's Pay!

The rewards are as following:

The Three Brothers: Requiring to kill the last 3 Bosses in the Dungeon will reward you aside of the original rewards also
50x Soldier's Pay

Fore more Information check out the: MOLTEN MINE GUIDE

Note: the required Mobs to kill in Molten Mines was decreased from 114 to 110 to avoid certain issues with Mobs disappearing or not being caught

We have heard a lot of suggestions regards the Packs, and the last Pack change. We have decided to apply few changes in a controlled manner, considering the Trading Economy and over-all the rewarding factor.

In Event Shop, stacks of following Packs was increased:

We have checked by the request of few players all the packs in order to determine a possible issue, unfortunately the Packs seemed all working properly and the chances were completely retail.

But we decided to simply work on the Quality of Life regards the packs and have decided to increase the drop of Items such as:

Diamond of Dragon
Diamond of Tiger
Note: This increase was currently done only in:

Deity Scroll
Due to the fact, that all players that pointed out the issue referred mostly to Diamond of Dragon, Diamond of Tiger in the Deity Scroll


We have created a script on our website, that allows us now to schedule Events like x2 Votes. Therefor we have decided to automatically add x2 Votes each 1st of the Month, which will automatically launched as soon as the Month has begun!

So please check out Evolved PWI Website whenever a month has started and will last for 1 Day
Evolved PWI - x2
https://pwi.evolvedpw.com